1- Zakharchenko: "We will not give a square of our land to anybody" - The Head of DPR

4- DPR and LPR against deploying armed OSCE mission to Donbass

1- Zakharchenko: "We will not give a square of our land to anybody" - The Head of DPR

The Head of the Donetsk People's Republic, Alexander Zakharchenko, in his latest statement once again made it clear that DPR has its own land, and nobody should even dream to get even a square foot of it.

"Our border is our border, and we won’t give even a square foot of our land to anybody. Here will appear neither stationary points, nor infrared radiators in pilotless devices, nor uncoordinated flights of these pilotless devices. Don't they even dream of it!", Zakharchenko said and continued, "I already fear for the mental health of Europe in general."

After the latest Normandy-meeting (Russia-France-Germany-Ukraine) which had taken place past week, there were raised concerns and questions about possible armed OSCE police mission in Donbass, and Ukrainian 'president' Poroshenko even announced that Kiev demands parts of the Donbass People's Republics to be given to Ukraine, like the city of Debaltsevo which
was liberated in January-February 2015 from Ukrainian nationalist forces.

It’s time Kiev started direct talks with the Donetsk and Lugansk People’s Republics (the DPR, LPR) and the parties discussed the implementation of the Minsk agreements as equals, head of the Russian Center for Current Politics Alexey Chesnakov said at a round-table conference, reported by TASS.

‘I assume that the process of the implementation of the Minsk agreements is coming to a point where the parties should sit down at the negotiation table face to face. Ukraine should consider the republics as equals not as enemies, and try to come to terms,’ pointed out Alexey Chesnakov.

According to him, Kiev should begin direct talks with Donbass. ‘The sooner Ukraine realizes it, the greater the opportunity that the Minsk agreements will be implemented,’ summed up the Head of the Russian Center for Current Politics.
DONi News Agency
----- 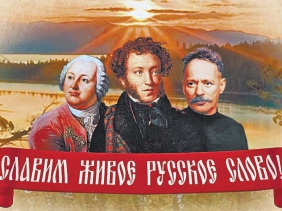 Petitions of the residents of two Ukrainian cities, Dnieper (formerly Dnepropetrovsk) in the southeast of the country, and Uzhgorod in the sub-Carpathian regions have rallied the necessary number of votes for consideration by local authorities.

Appropriate reports have been placed in the unified system of local petitions.
"We definitively state the importance of passing a bill on state support to development, promotion and protection of the Russian language and the languages of ethnic communities in Ukraine," says the public petition supported by people in Dnieper.

The authors of the document refer to a bill that was registered in the Verkhovna Rada national parliament earlier. It aims "to give a special regional status to the Russian language and to ensure protection to the rights of Russian-speakers in this country."

Both documents underline the strivings of the incumbent authorities in Kiev to undermine the significance of the Russian language for Ukraine and to marginalize it.

"Attempts to scale down the significance of the Russian language on the cultural space of Ukraine are getting more and more active while their obvious deplorable aftermaths are ignored, beginning from the artificially fanned tensions in society to the risks of falling out of the realm of the grand cultural heritage related to the Russian language," the sub-Carpathian petition says.

4- DPR and LPR against deploying armed OSCE mission to Donbass

The Donetsk and Lugansk People’s Republics (the DPR, LPR) are unalterably opposed to deploying an armed mission of the Organization for Security and Cooperation in Europe (the OSCE) to Donbass, the DPR envoy to the talks in Minsk, Denis Pushilin, said on Monday.

‘The DPR and LPR are strongly opposed to the presence of OSCE armed units on the territory of the Republics,’ said the DPR envoy at the round-table conference dedicated to the results of the Berlin Normandy Four summit and the prospects of the Minsk process, reported by TASS.

‘This is not only the stance of our leaders. This is also the stance of our citizens. This is confirmed by the recent demonstrations that brought together thousands of people where our citizens clearly expressed their protest against Poroshenko’s initiatives,’ pointed out Denis Pushilin.
Pushilin noted that the deployment of an armed mission to Donbass is a very complex issue, since, in fact, it is going to be an entirely new mission. To make this decision, a decision by all 57 OSCE member-countries is required. The process will be complicated by the fact that the issue at hand is the security of every citizen of an individual country, so positive results may not be achieved. According to Pushilin, it cannot be ruled out that a vote by the parliaments of the organization’s member-countries may be needed to make this decision.

He added that currently the fact that OSCE Special Monitoring Mission observers have no weapons is the basic element of security. Pushilin recalled that not a single OSCE employee has been killed in the Donbass region during the conflict.
DONi News Agency
-----

DPR and LPR have proposed seven areas for consideration as areas of the 2nd stage of disengagement of forces and weapons along the contact line. After Kiev puts its proposals on table four areas are to be agreed upon, according to the Republic’s representatives to Minsk talks Denis Pushilin and Vladislav Deinego

“We gave our options, Ukraine has to provide its,” Pushilin added.

Deinego also noted that Ukraine has been protracting the disengagement in Stanitsa Luganskaya area as it wishes to avoid shifting to the next stage of conflict settlement which envisages securing Donbass special status, amnesty law and implementing other points of the Minsk Agreements. LPR envoy believes that failing to follow the Framework Agreement on disengagement serves as a pretext for Kiev’s protracting peaceful settlement.
DONi News Agency
-----

The situation in the Donetsk People’s Republic remains tense.

Over the past day the Ukrainian fighters violated the ceasefire regime 230 times, including 111times with application of mortars of various calibre.
During the day the Ukrainian fighters’ commanders Drapaty, Shaptala, Vlasenko, Kabitsky and Matseiko were giving orders on shelling such localities as Zheleznaya Balka, Zaitsevo, Yasinovataya, Staromikhailovka, Aleksandrovka, Dokuchayevsk, Kominternovo, Sakhanka and the locality of Trudovskiye of the Petrovsky district ofDonetsk.
The Goncharov family were wounded as a result of the mortar attack conducted by the Ukrainian fighters on the locality of Trudovskiye: Lidiya Dmitriyevna, born in 1955 and her son Dmitry Vasilyevich, born in 1985 were hospitalized with mine explosion wounds of varying severity.

Unsuccessful attacks of the Ukrainian fighters in the south of the Republic, daily shellings from their artillery and mortars which cause destruction of houses and suffering of civilians, as well as our intelligence data on the presence of the AFU forbidden arms near the contact line even without its being camouflaged, all this suggests the only idea that the Ukrainian command absolutely neglects the Minsk Agreements despite all the statements of the OSCE Mission, being sure that they will get away with this as they the ‘great Ukrainian nation’ ‘standing’ for protection of Europe.